Celebrating the life of Stephen Koenning 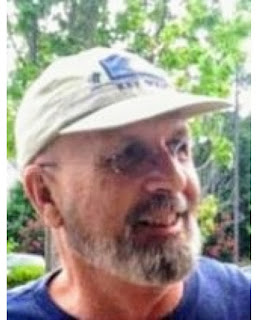 A memorial service celebrating the life of Steve Koenning will be held on Zoom on Saturday, October 3, at 1PM.  If you would like to attend, contact office.cucc@gmail.com.
_____________
Stephen Robert Koenning, 70, flew away to the heavens on September 5, 2020. He stayed as long as cancer and age allowed. He was held to the earth as the adored husband of Diana; father of Amber Hester and Nathan Koenning; and grandfather of Corinne Hester. He dearly loved his brother Thomas Koenning and cherished Tom's family. He treasured his lifelong friends, and relatives who stayed in close contact.  His cat and dog companions gave him much joy and comfort.

Stephen was a veteran of the U.S. Army, where he was stationed in his family’s homeland of Germany. He began his passion for travel during this time.

He obtained a B.S. and M.S. from the University of Arizona before completing a Ph.D. at NCSU, where he worked as an Associate Professor of Plant Pathology until partially retiring in 2013.  Steve most enjoyed his Cooperative Extension work with agents and farmers.

His published research and book chapters have been cited thousands of times. Steve worked on a project advancing sustainable cultivation techniques in West Africa until his passing.

He was our walking reference with his encyclopedic knowledge of science and history.  He and his son shared their allegiance to Wolfpack sports.

He was devoted to recovery work with his many friends at the Triangle Alano.

He brought so much laughter through his goofy sense of humor, and shared so much beauty through his delight in nature and photography.

His love transcended earthly bounds and reunion will be beautiful.

Donations in his name can be sent to Raleigh Rescue Mission.